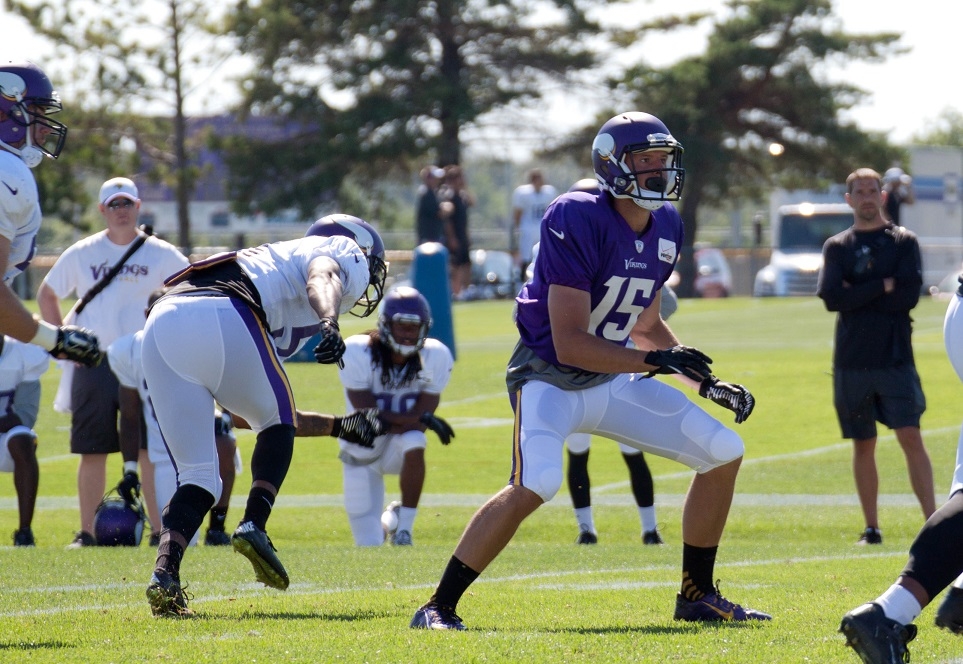 The wide receiver working
to make squad in fall

The NFL offseason roster limit for each team is 90 players.

The 6-foot-3, 202-pound Fruechte first joined the Vikings out of the University of Minnesota last spring, going through training camp with the team before being cut in September. The next day, the wide receiver was signed to the Vikings practice squad, where he remained through the postseason.

Fruechte, who was the Gophers wide receiver of the year his final season, is one of two players in the NFL from Caledonia. The other, defensive end Karl Klug, just wrapped up his sixth season with the Tennessee Titans. Klug is a 2006 Caledonia High School graduate who went to Iowa.

Out of high school, where he helped Caledonia win state titles in 2007 and 2008, Fruechte wanted to walk on at Minnesota and earn a scholarship. His grades, however, weren’t good enough, and he elected to go to Rochester Community Technical College to get them up.

And now, he’ll, once again, look to make the Vikings roster come next fall.