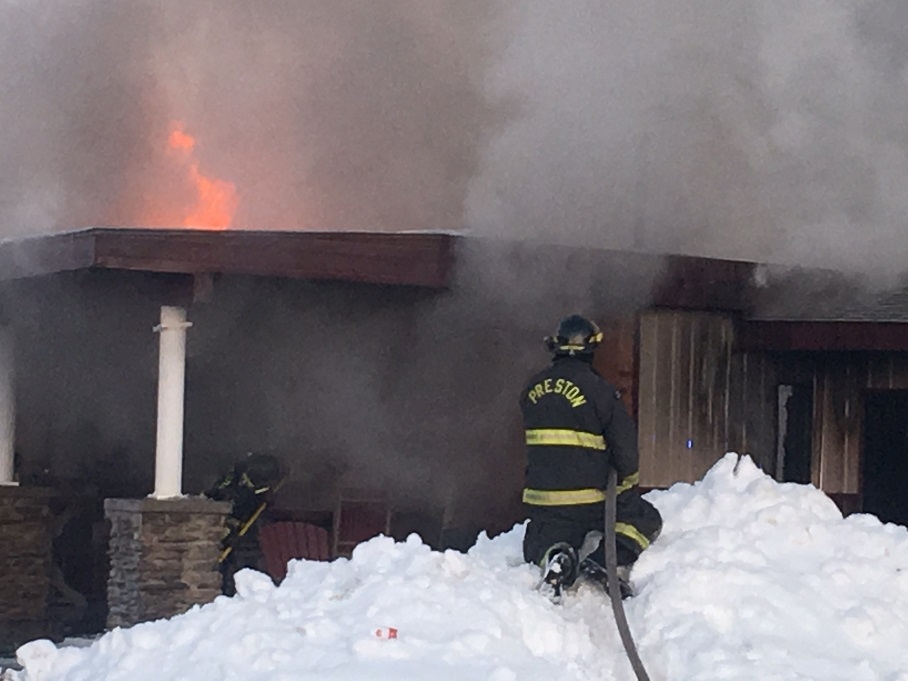 PRESTON, Minn. – A popular bowling alley in a small Minnesota town burned to the ground on New Year’s morning.

Just before 6 a.m. Friday, fire fighters were sent to the B & B Olympic Bowl in Preston, Minn., after multiple 911 calls.

One of those calls came from co-owner Shelly Hanson, who was preparing the town’s only restaurant to open and had to be helped out by firemen. 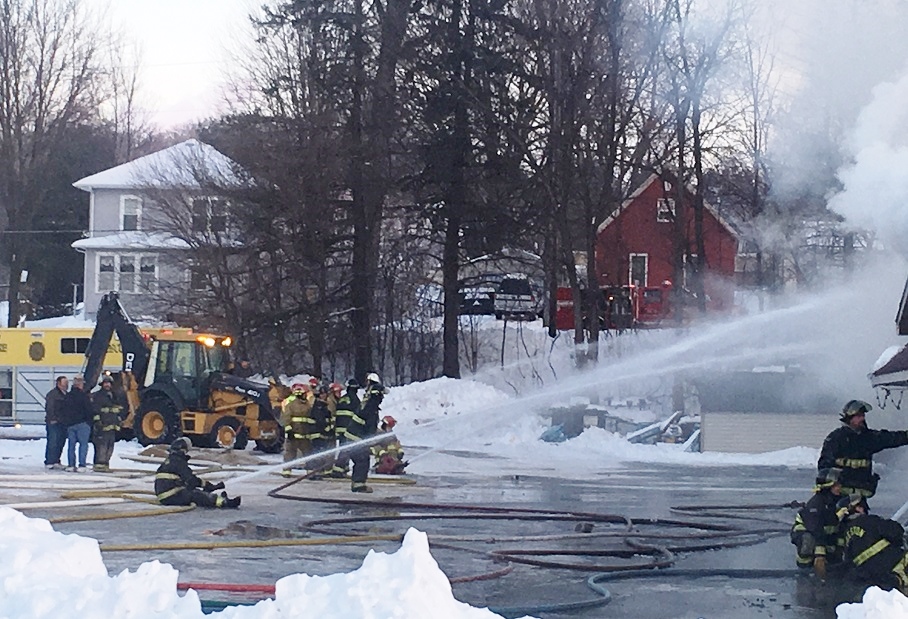 The fire was believed to have started in the kitchen area, spread to the attic, where it spread quickly. In the end, the structure was called a total loss. No word yet on the cause of the huge blaze. The bowling alley was also a restaurant and bar.

Four fire departments battled the blaze in the town 30 miles south of Rochester, Minn., and Highway 52 was shut down by police.

Since 1990, Shelly and her husband, Paul Hanson, had run the business, which has been around since the 1950s. A GoFundMe campaign has been created to help rebuild the business. 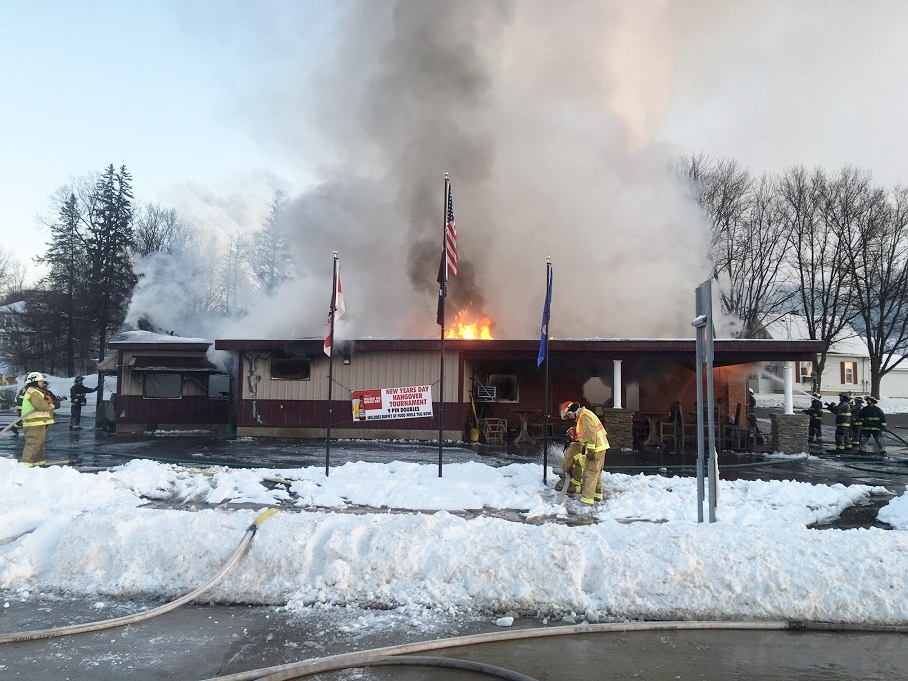