Scott Walker named one of Worst People of 2015 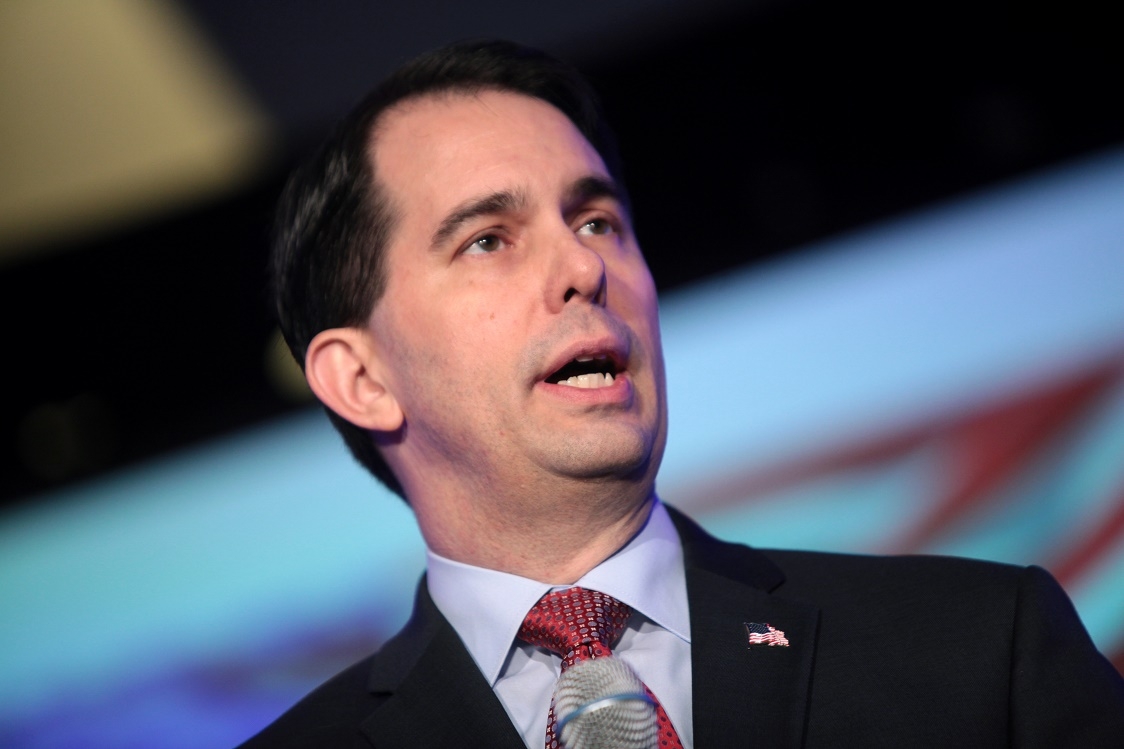 Stuck right behind the Fantastic Four and just ahead of Neil Patrick Harris and Roger Goodell, the governor sits at 13th as one of the Worst People of 2015. 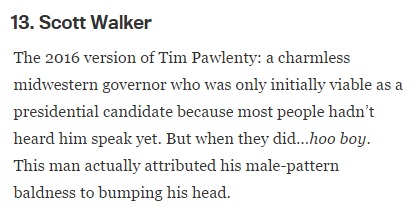 Topping the list is Kim Davis, the county clerk who refused to issue same-sex marriage licenses. Following her is Cameron Crow for the movie Aloha, apparently. After him, British Prime Minister David Cameron at No. 3.

Other notables were Hillary Clinton in fifth, Bill Cosby at No. 7, Jeb Bush in 10th.

Robert Griffith III is the worst sports figure, sitting at No. 11. The top inanimate object, at No. 18, is the Confederate Flag.

Oddly enough, the lists finishes at No. 28 with the recently arrested Martin Shkreli, who is known for jacking up an AIDS fighting drug by 5,000 percent and buying the only copy of a Wu-Tang album for $2 million and supposedly never playing it – though that seems more like Wu-Tang should move onto the list than Shkreli should move up it.

But, Shkreli would probably move up the list had it come out a week later since he was arrested for securities fraud.  He plead not guilty.  There was also that creepy live streaming of the 32 year-old flirting with a high school girl.