Two in court after abducting man, threatening to use meat grinder on him 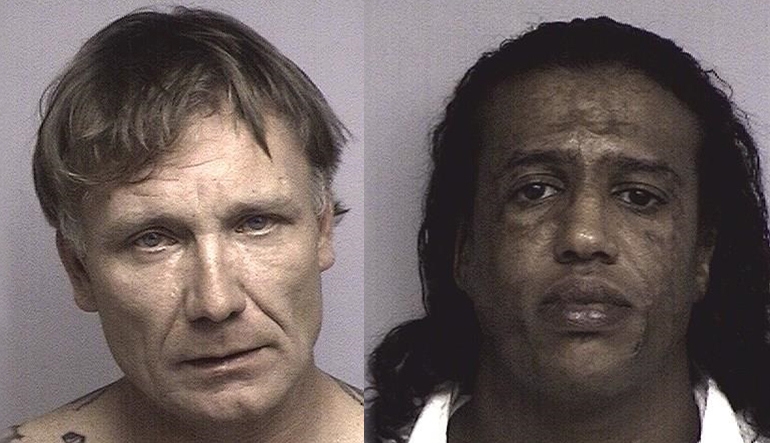 Accused say victim was attempting to break into a residence

WINONA, Minn. — No change in bond for two inmates in the Winona County jail, accused of using butcher equipment to threaten an 19-year-old student they reportedly kept prisoner in a warehouse.

John Demaske, 45 (right, above) and Abdirahman Samatar, 34, made court appearances today in Winona.

They’ll have separate hearings again in October.  Investigators believe the men took the victim off a street in Winona, suspecting him of stealing from them.

Demaske told the Star Tribune on Sept. 16, the student “was in my building and not picked off [the] road,” as the victim had explained to police.

The student said Samatar slapped him once or twice, then forced him to stand on a chair and take off all his clothes. They quizzed the victim about some items they believed he stole from them. They told the student he would be sexually assaulted and left him “unsure if he would get out … alive,” the complaint read.

The accuser says he escaped after having to strip naked, and being threatened with a meat saw and a grinder.

Demaske has told police that he confronted the victim in a building, in the act of trying to break into a residence.