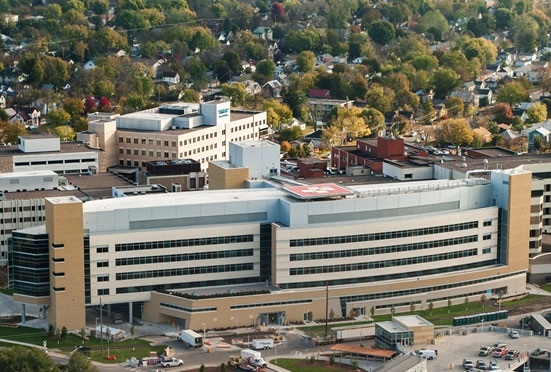 Thompson steps down after 14 years

Dr. Scott Rathgaber, a gastroenterologist, has been at Gundersen for 17 years. He replaces Dr. Jeff Thompson, who has led Gundersen through a historic expansion and massive hospital upgrade, along with championing innovations in energy independence for the system.

Rathgaber says he wants to continue the innovations that have made Gundersen a leader locally and nationally. The Indiana native came to Gundersen in the late 1990s and says he’ll look for ways to improve the hospital’s level of medical care, while trying to drive down the cost of treatment.

Rathgaber was identified after a six month search.