Accountability Board under fire 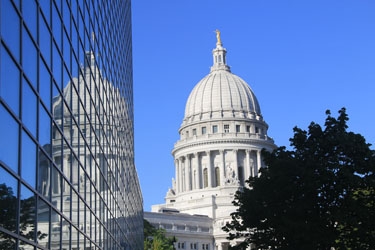 Republicans want to replace it with something partisan

MADISON, Wis. – Republicans want to get rid of Wisconsin’s Government Accountability Board in a move that seems eerily similar to how and why it was created.

Many who are watching the possible dismantling of the board are thinking, “This has all happened before.’ Is Wisconsin doomed to repeat history?

The board is the target of Republican lawmakers and the Governor, who apparently have forgotten the scandals that led to creation of the board in the first place, says Matt Rothschild from the Wisconsin Democracy Campaign.

He maintains that Wisconsin Governor Scott Walker and other Republicans won’t be satisfied until the board is removed and replaced with something partisan – exactly the situation that led to the caucus scandal 15 years ago.

The Government Accountability Board was created shortly after the capital scandal that highlighted the practice of legislative staffers campaigning on the taxpayers’ dime.