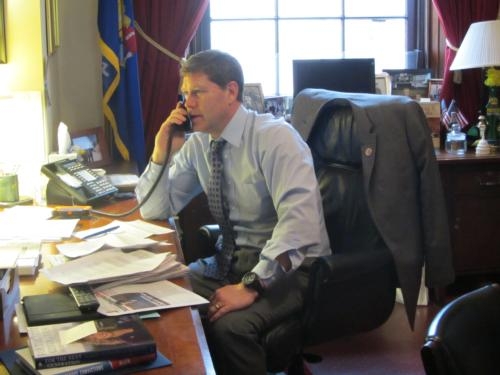 On Friday, Congressman Ron Kind voted to pass Trade Promotion Authority. Kind also voted for Trade Adjustment Assistance, which did not pass. KInd says both bills give our workers and businesses even more wind at their backs to do what they do best: imagine, invent, build, and sell goods made in America to the rest of the world.
Kind says the passage of Trade Promotion Authority is simply the first step in the process that gives President Obama the same authority every President since Franklin Roosevelt, except for President Nixon, has enjoyed. The House of Representatives passed the authority bill but failed to reauthorize Trade Adjustment Assistance.   Another vote may come this week.
Related Topics:free tradeobamaron kindtpptranspacific