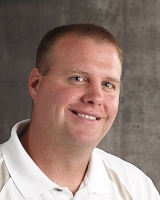 It has a 26-and-1 record heading into the Division 2, WIAA state tournament. That one loss for the Logan High School softball team? It came 1-0 to Stevens Point in early May. And now that his Rangers are at state, coach Matt Marohl wouldn’t mind being undefeated.  But the team has learned plenty from that one loss and he’ll accept it if it helps them win state.
Logan has been ranked number one all season. At 8 p.m. tonight in Madison, the Rangers open with a 25-and-5 New London team that was the runner-up at state last year and won it all two seasons ago.
Related Topics:logansoftballstate tournament