Prison Time Given For Pistol Action And Drug Charges 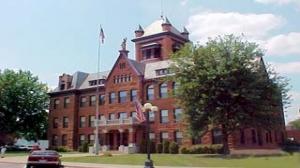 A Sparta man who was given prison time in La Crosse County for firing a .22

caliber pistol several times near Riverside Park in La Crosse and was also hit with drug charges, was also given a prison sentence in Monroe County.

33 year old Kenneth Yanke was sentenced to a total of 5 years behind bars in La Crosse County for both cases and Monroe County tacked on another year in prison for his involvement in a meth lab.

Last April, a meth lab in Yanke’s Sparta home brought out several police agencies including the La Crosse Regional Hazardous Response team and a meth investigation team from the State of Wisconsin.