Madison Man Turns Self In 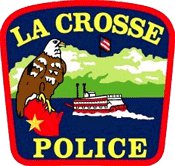 first degree intentional homicide and use of a dangerous weapon charges has turned himself in. 31 year old Thomas Beitlich showed up at the Police station shortly after noon today and is scheduled to appear in court this afternoon.

La Crosse police say 33 year old Terrance Callahan was repeatedly bludgeoned in the head by Beitlich while he slept. Cops say Beitlich kicked in the door of his ex girlfriend’s place on Ferry street and beat the victim 15 to 20 times in the head with something big and hard, apparently.

Cops say, if the victim survives, he will likely have some significant brain damage.